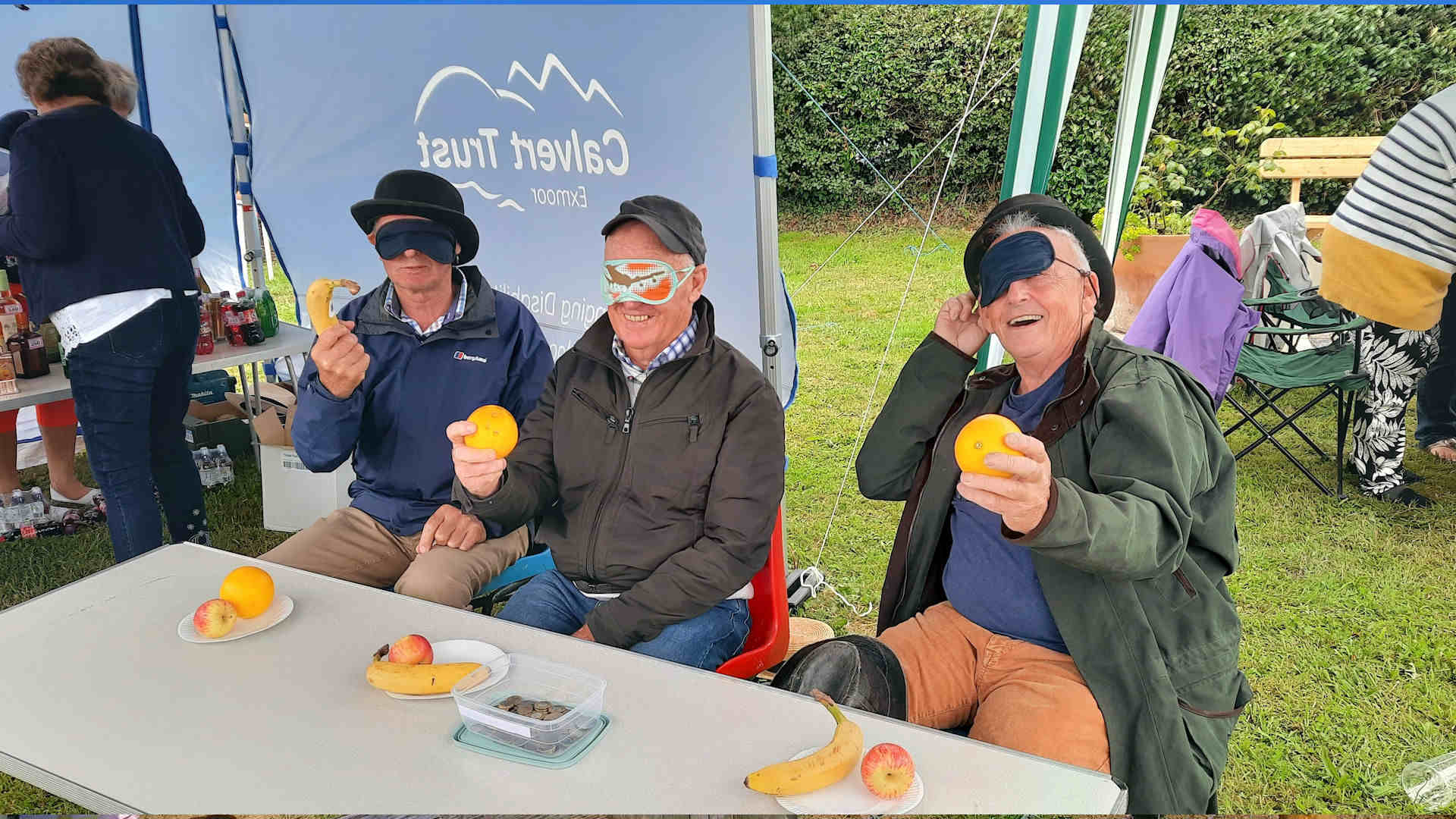 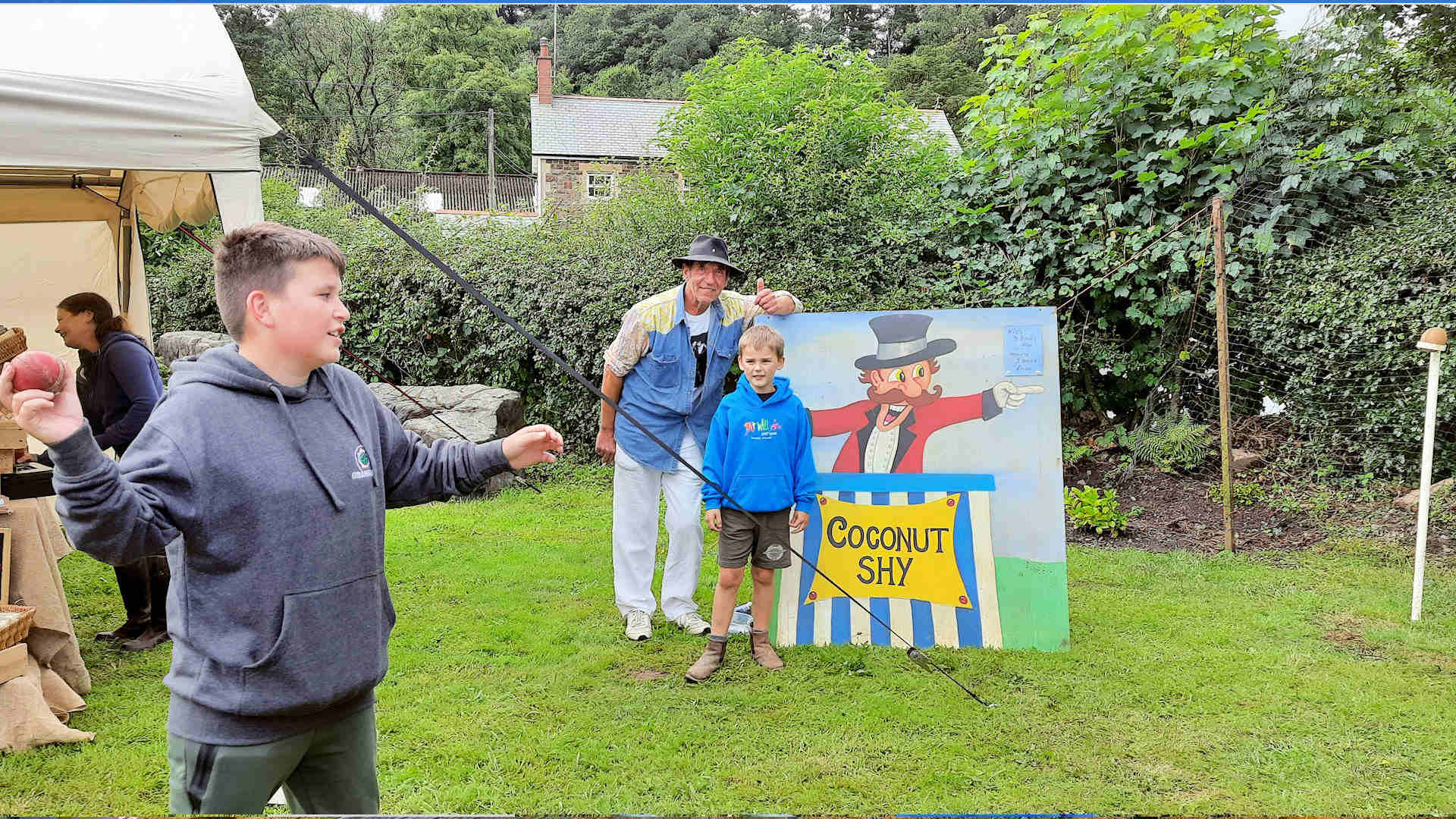 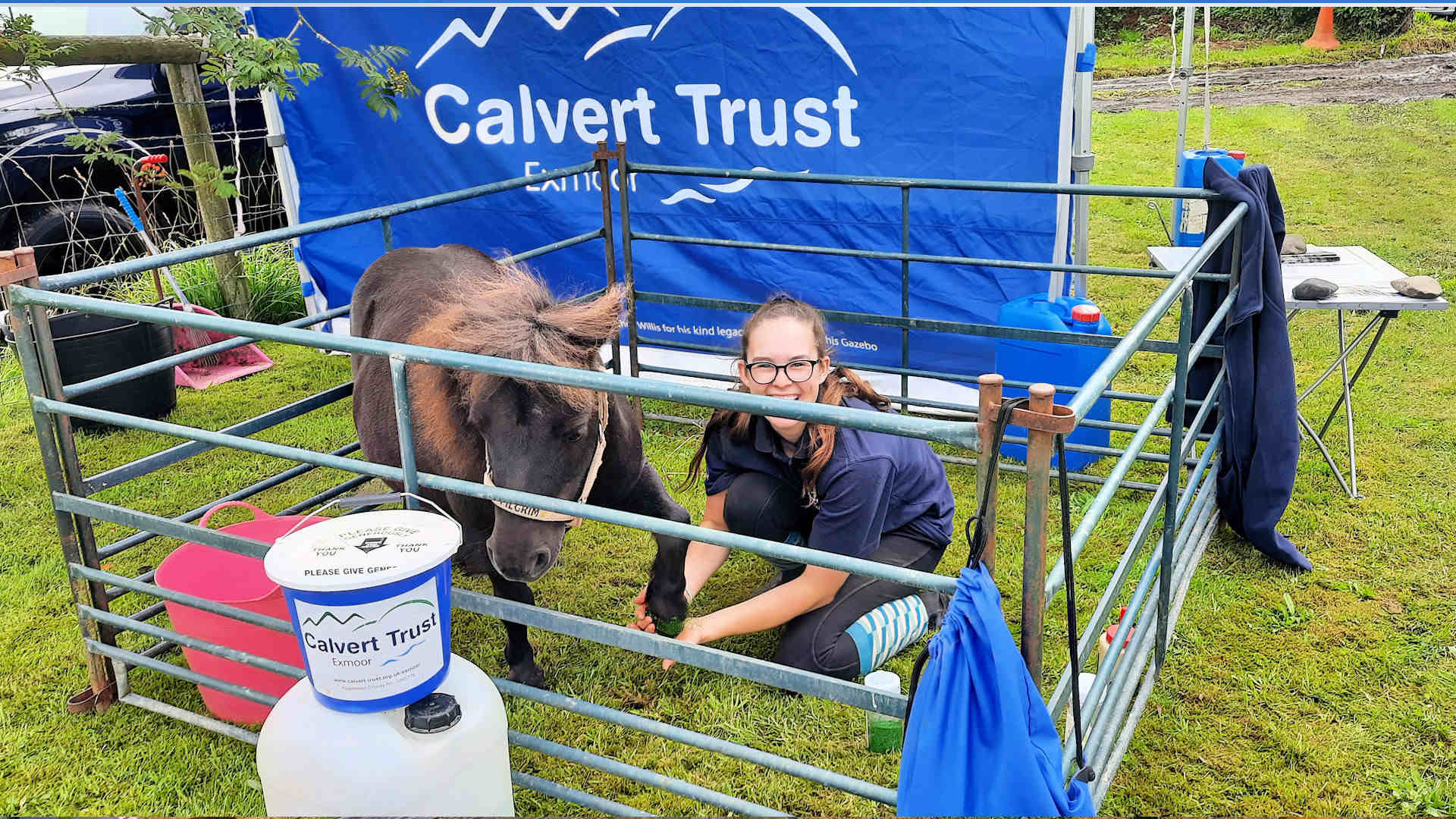 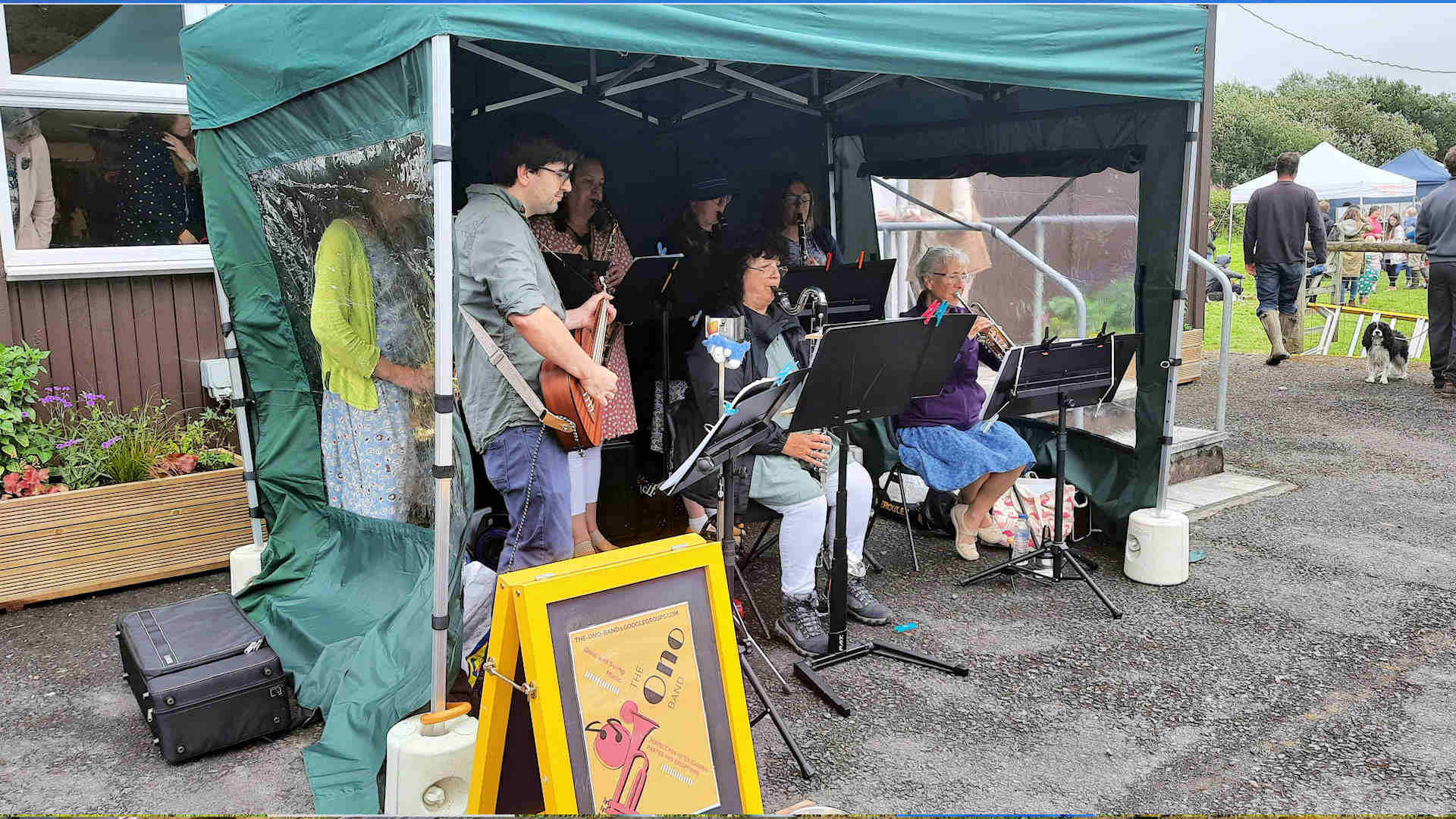 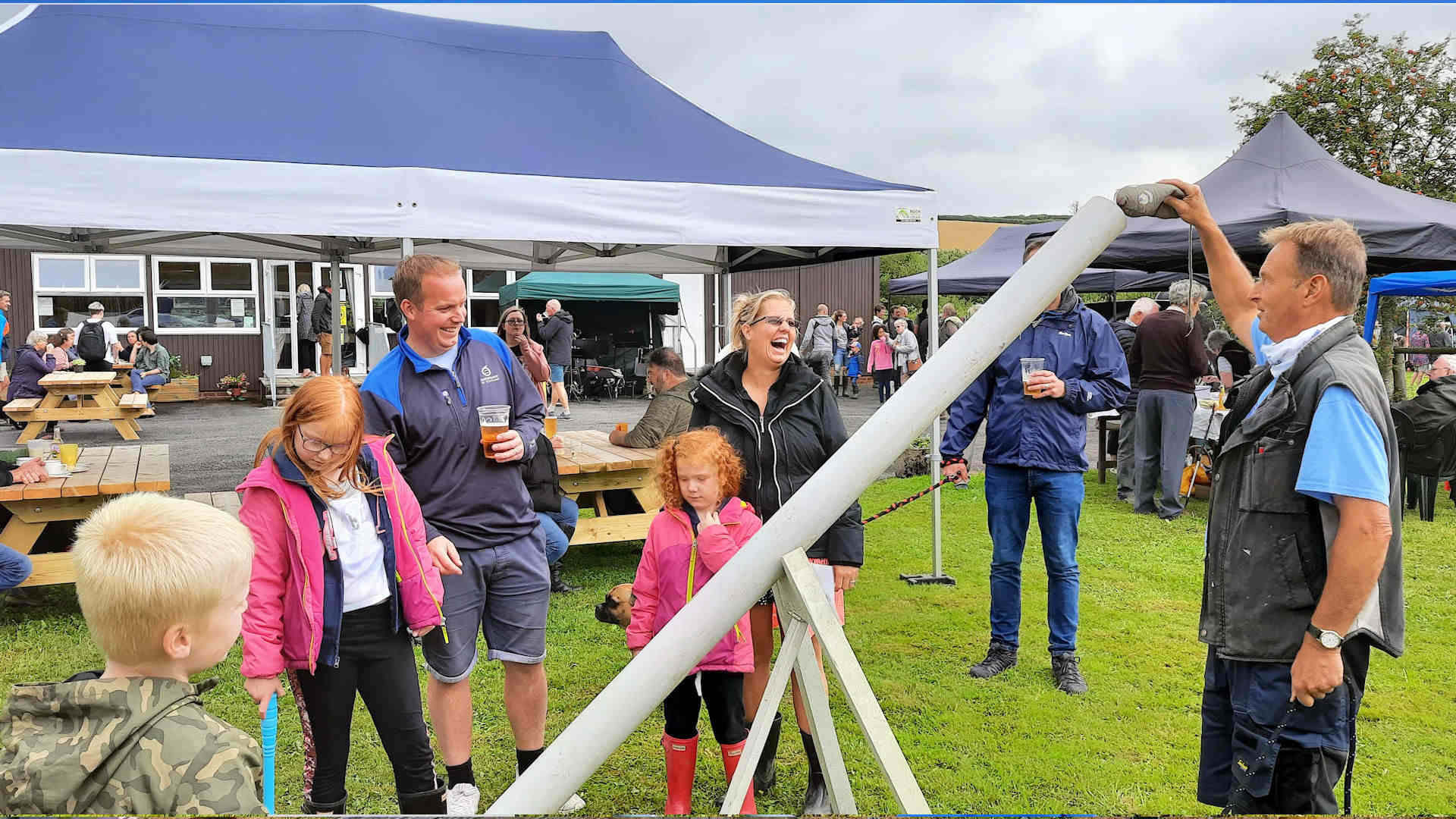 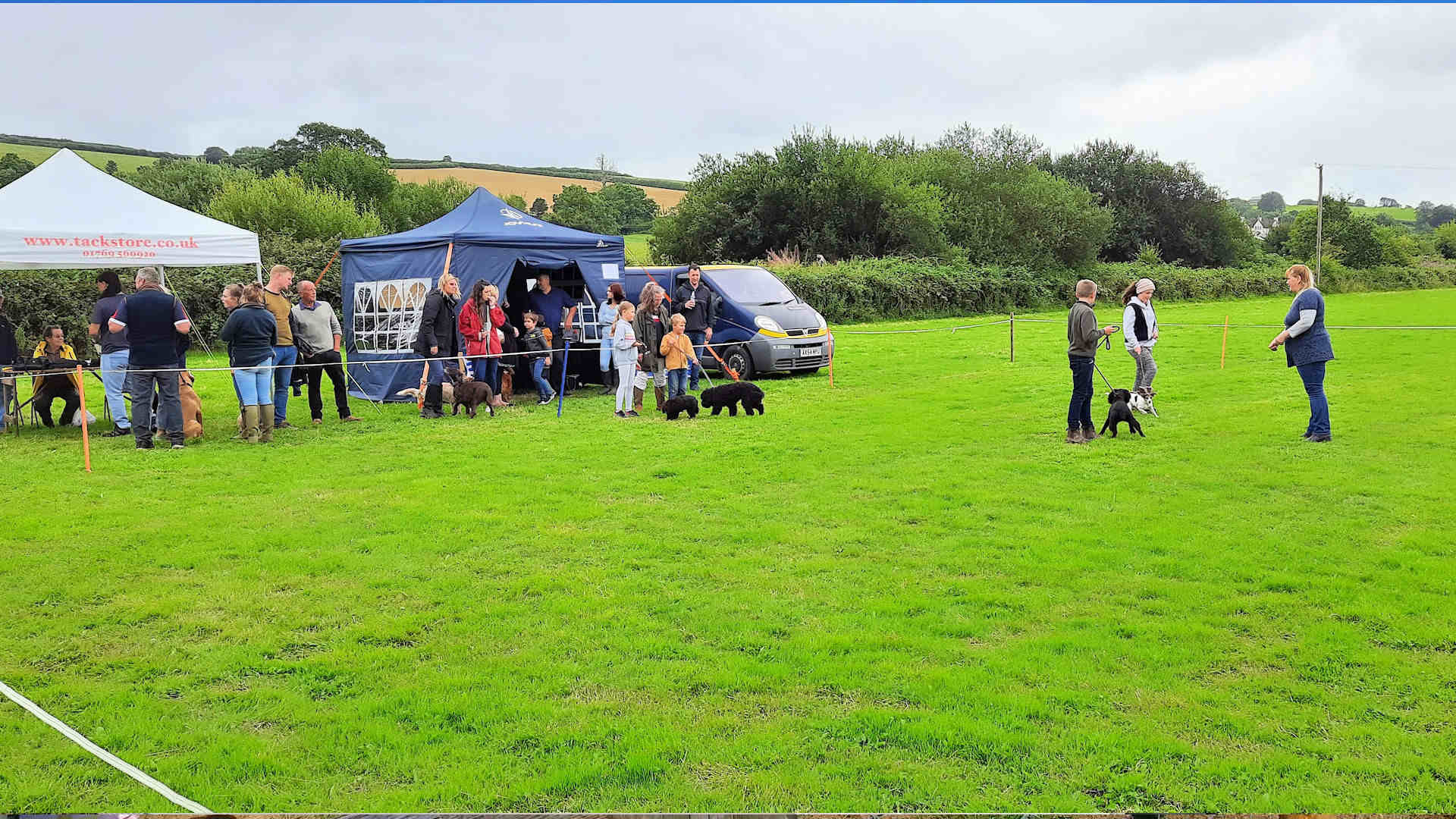 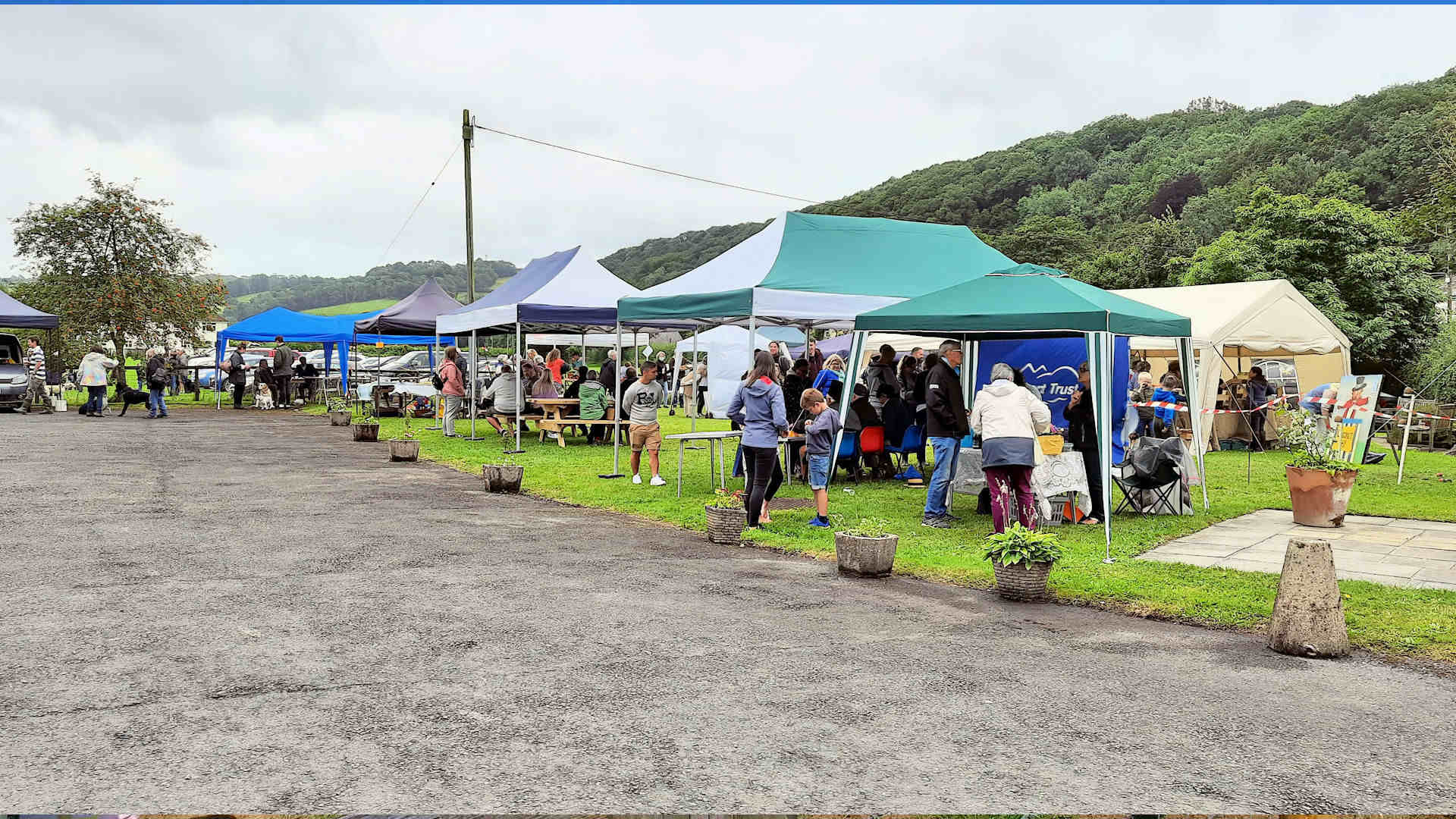 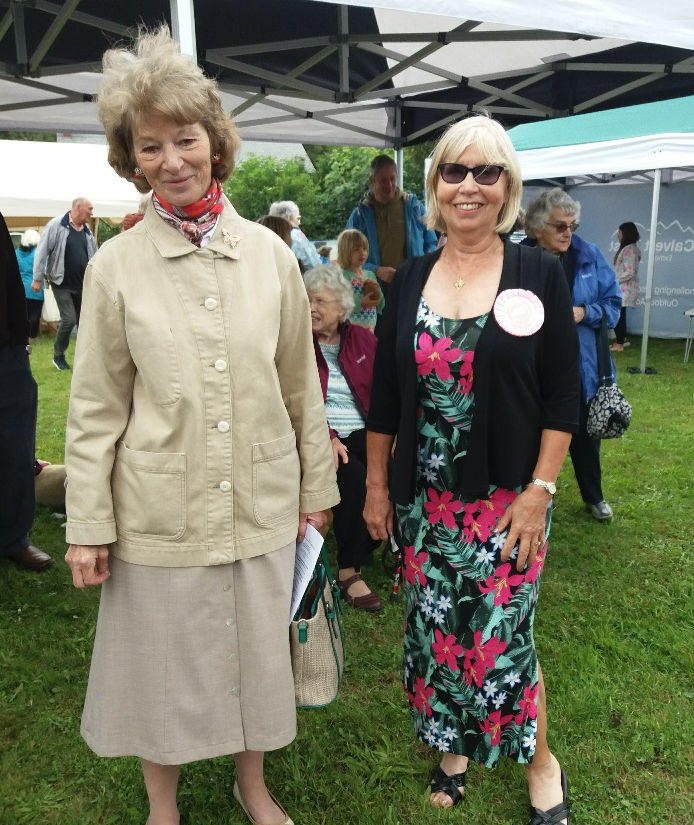 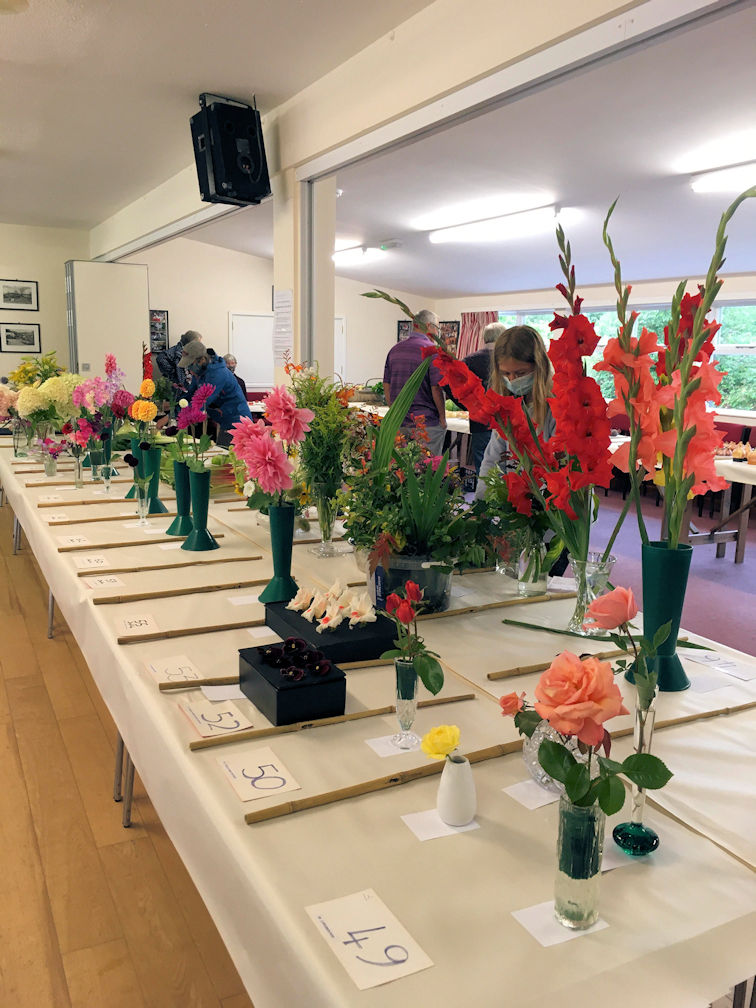 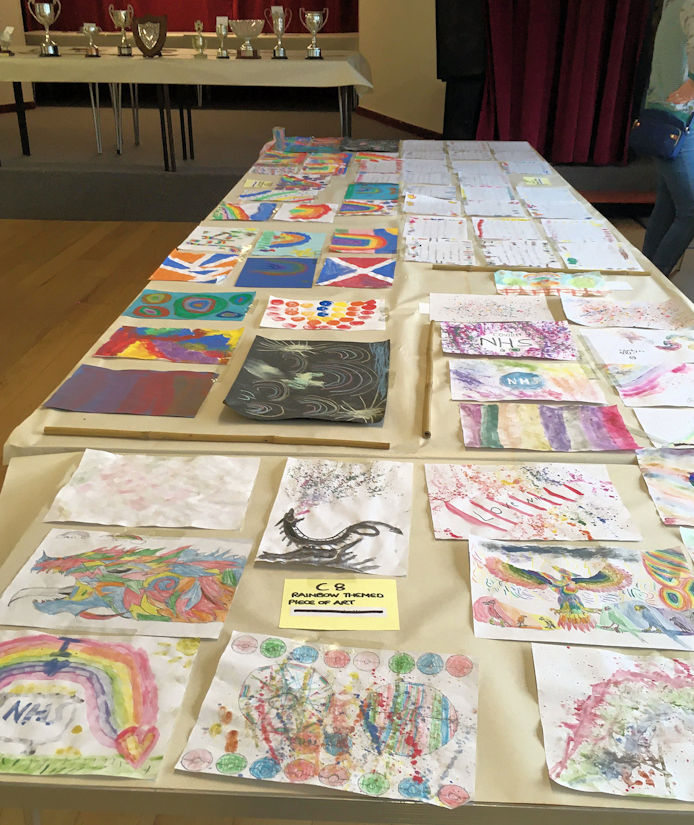 General: The preparations went well, thanks to the many volunteers, helpers and supporters who make the show possible.

Lady Arran opened the show and was very impressed with the number of exhibits and stall holders. She visited them all.

Trade Stands:  There were 10 paying trade stands, plus The Norfolk Wildlife Trust and The Calvert Trust charities. The W.I. cake stall soon sold out of cakes and Pauline’s bottle stall and Ann’s tombola were very well supported as was the Human Fruit Machine.

John Andow ran the coconut shy and ‘splat the rat’ games and Geoff ran the Bingo. We also had the skittle alley up and running.

Marquee & Gazebos:  Gareth and his helpers did a sterling job in collecting marquees and gazebos from Atherington Village Hall and Chittlehampton Village Hall as well as borrowing a few tables from them. With our own Gazebos there was sufficient space for everyone who wanted to be undercover to have some form of shelter.

Catering: The Bell provided bar facilities for the show – lunches for the judges and clerks were provided by Pauline Alford – many thanks to Pauline who seemed to be involved in all aspects of the show (from being a Clerk for the Children’s entries, making the lunches, running the bottle stall and even entering her own exhibits and winning The Huxtable-Selly Cup for her floral art). Many thanks to the scone makers and to Veronica and her helpers in the kitchen for producing excellent cream teas all afternoon. The band certainly appreciated their free cream tea during the interval.

Competitions:  The number of adult entrants was 32 this year – compared to the 45 exhibitors in 2019, 2018 had 40 and 2017 had 27 so considering the year that we have had, 32 entries was very good. However, the number of individual entries this year totalled 260 compared with 339 in 2019. The judges were very impressed with the flowers, fruit and vegetable exhibits as they were of a very high standard despite the weather conditions earlier in the year.  Several categories only had one entrant, including Top Tray and Top Vase – winners received a £10 voucher each from St John’s Garden Centre.

As always, Jane Laming has done a splendid job in booking the judges and clerks for the show and thankfully, they were all able to get there on the day and do a professional job with no disputes or arguments that I am aware of!!

Entries from Umberleigh Primary Academy were abundant with most children from the school taking part, plus a further 9 individual entries. Senior Teacher, Corrine Smith judged the entries and we should thank Paula Alford for setting up all the entries as this would have taken us a long time to sort them out.

Sadly, there were two cups missing for the presentation of prizes – The Murch Bros Cup for the flower category and The Chronicle Cup (children’s section 8-11 year olds).  Perhaps we will need to purchase 2 new cups??

Dog Show: This was our first challenge of the day when the judge wished to cancel the show due to the weather.  However, Jane Laming yet again, saved the day by finding us another judge, Annette, who did a fantastic job.

I believe there were 75 individual entries but not yet sure of the number of actual dogs participating . So out thanks to Sally Rowe for organising the dog show and to Tony for setting out the arena.

Music/Entertainment: The O.N.O. band came along to play some excellent smooth jazz music which was ideal for the occasion.

Summary: Overall, I think everyone agreed that the show was a great success this year. It was well attended with lots of trade stands and activities.  The weather was atrocious in the morning and although it cleared up in the afternoon, there were still one or two showers but this didn’t dampen the atmosphere.  I think after the lockdown period, our community just wanted to get together and celebrate coming out the other side of a nasty pandemic!

Going Forward:2022 will be our Centenary year and should be something special. I am sure there will be lots of ideas on what can be included and this will probably be discussed at further meetings throughout the year.

I would also like to ask whether I can donate a cup for the MC1 Men’s Cookery category as there is no prize for this category – The Holt Men’s Cookery Award.  Perhaps the committee would consider this as there were some excellent Victoria Sponge cakes this year but no prize. 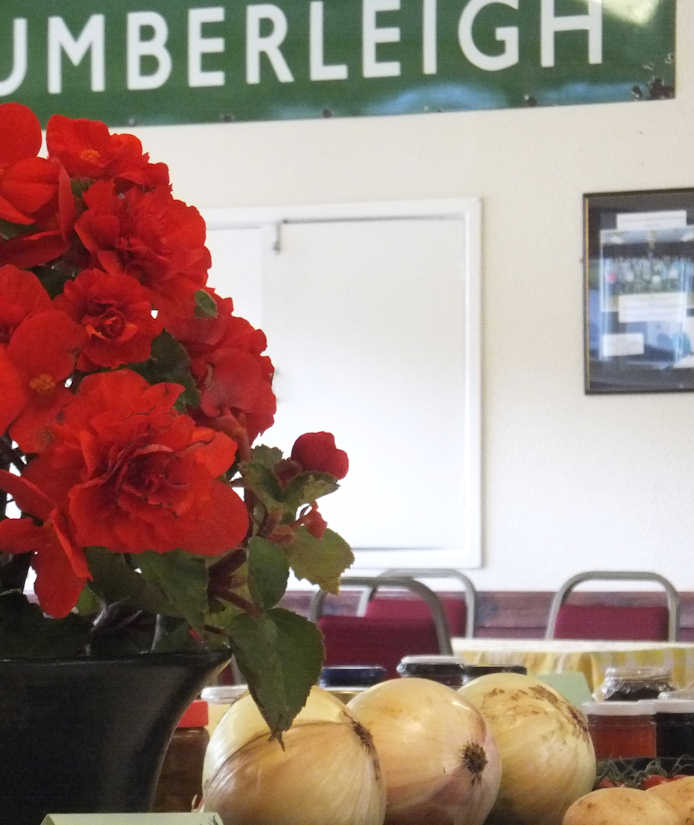 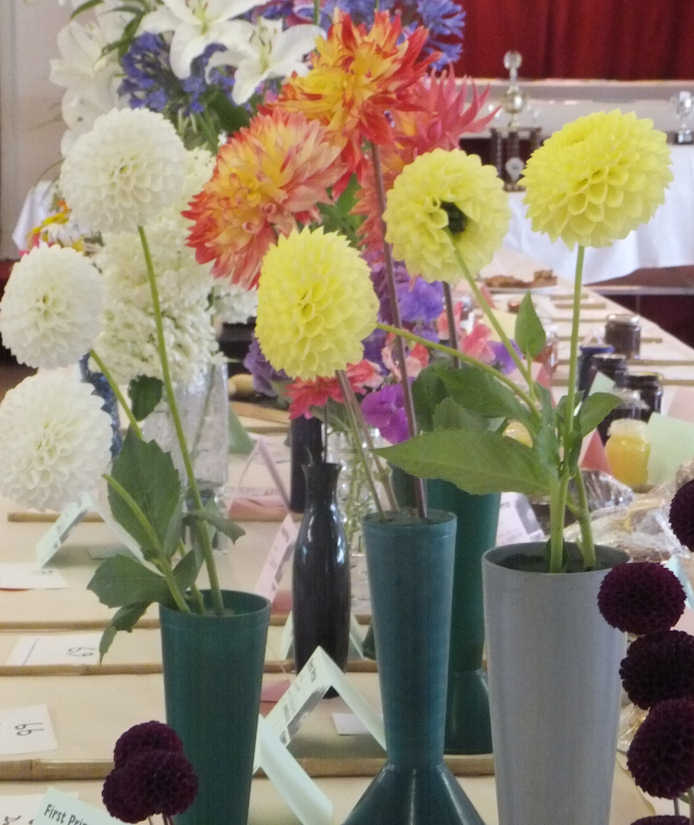 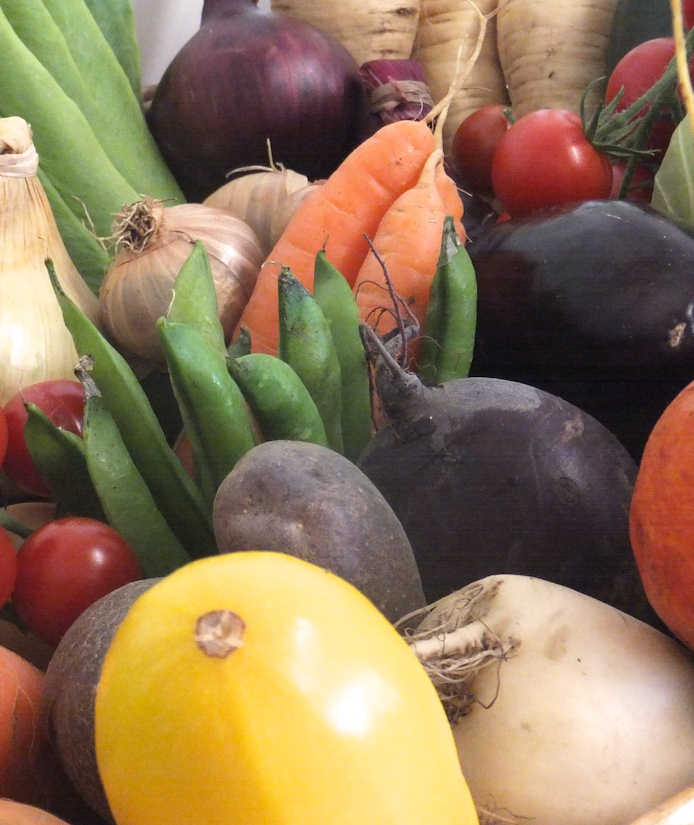 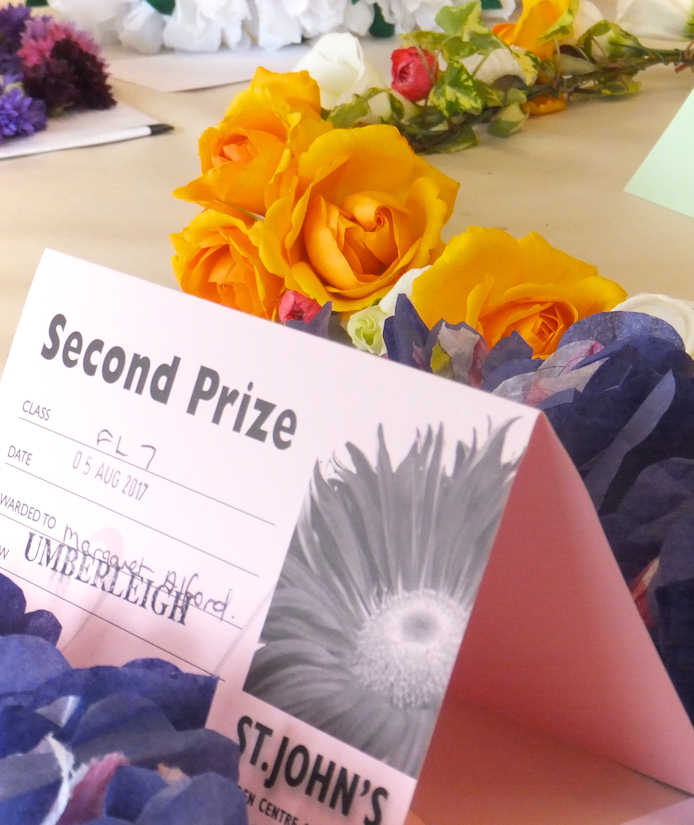